Dr. Frankenstein might have warned us about embracing tech too quickly.

Computer scientist, Georgetown professor, and author Cal Newport recently wrote a New York Times op-ed that has received a lot of attention: “Steve Jobs Never Wanted Us to Use Our iPhones Like This.” As the title implies, Newport’s argument is that, instead of using our phones as tools to accomplish tasks, they have become our constant companions and are contributing to some negative outcomes. Similarly, long-time tech investor and evangelist, Roger McNamee, wrote an article in Time Magazine, “I Mentored Mark Zuckerberg. I Loved Facebook. But I Can’t Keep Silent About What Is Happening,” in which he laments what Facebook has become. If we step back and reflect for a moment, we can see that some cautionary tales about these new technologies are already familiar to us. 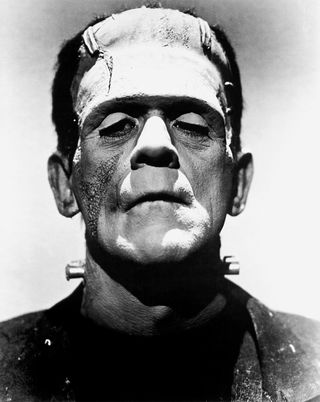 Dr. Frankenstein’s Monster?
Perhaps the comparison is too grim to say that Steve Jobs’ and Mark Zuckerberg’s tech innovations are like Dr. Frankenstein’s monster, but there are at least some disturbing similarities. What was meant to be a testament to the power of science, technology, and human ingenuity to improve our world instead are examples of the law of unintended consequences. This is also playing out, albeit more subtly, like the a plot from every Michael Crichton book (e.g., Jurassic Park, Westworld). While there are certainly many benefits of our technologies, here are just a few examples of those unintended consequences:

A Healthier Connection to Our Phones?

We need to have a healthier connection to our technologies, especially to our phones since they go everywhere we do. One such approach is a Mindful Engagement with Technology (MET). With MET, we judiciously and purposefully use our technologies, especially our phones, for specific goals. They are a tool to be used for accomplishing tasks. We have a purpose in mind, use our phone for that purpose, then we put the phone away. The premise is that, through a Mindful Engagement with Technology, we can be happier and more productive. In essence, we can get our needs met through MET.

Most of us tend to use our phones habitually and reflexively as we mindlessly check them. In effect, they often function like portable parasitesthat are quietly leeching away our attention, productivity, and happiness. For the most part, we don’t even notice. But that’s how parasites work. In my next blog, I’ll go over some of the ways we can use the Mindful Engagement with Technology to meet our needs more effectively. Through a wiser use of our technologies, we gain more from our screens without so many of those downsides.